Home Boat Life Why we built a boat 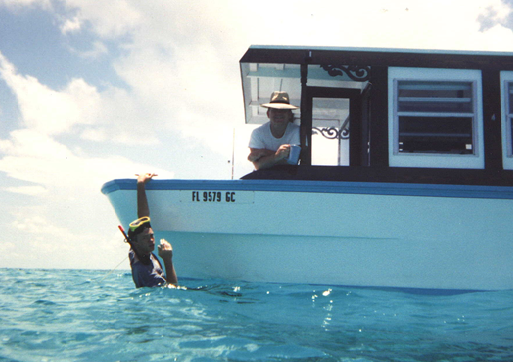 The picture above is the first boat we built. It was taken at Alligator Reef in the Florida Keys. Here is the story of how this all happened.

In my younger years I loved to go fishing. I had my family to support, which meant it took up my entire paycheck, and fishing was a favored hobby of mine outside of working. When I went fishing, I packed up my fishing supplies, headed to the lake, and planted myself along the shore. We didn’t have enough money back then to purchase a fishing boat, so standing on the lakeside was the best I could do.

Later in life I was able to buy a small boat that we used to cruise down the lakes and fish from. I soon realized, however, that being out in the sun all day wasn’t comfortable, despite my boat having an attachable cover. The cover snapped onto the windshield, and while it provided some relief, my head would end up resting on it and we found ourselves sweating even more under it. We absolutely needed a new boat to fish on!

One day, my family and I took a trip to the local boat locks in hopes of watching dozens of cool boats sail by.  One boat in particular caught my eye as it glided through the lock, because this boat had an interior cabin on it. The people on board were freely moving in and out of the cabin and inside they were sitting at a table drinking coffee. It was then that I realized that I wanted a boat with a cabin. A boat I could go inside of to get out of the weather. A boat where I could sit at a table and drink my coffee!

That’s what I wanted, and my heart set out to find one. But, my search for any type of boat with a cabin showed me that any options for sale were totally out of my budget.

I had read magazine articles were people had built their own boat, but I felt like I just couldn’t build a boat. So, I gave up on that idea.

One day and I saw a magazine article about Glenn-L Marine Designs. They had small and large plans for boats that were entirely built from wood. I knew I could work with wood, but I just didn’t know if I had enough smarts to build a boat. It seemed like such an extraordinary idea, and I was eager to consider the possibility of it. 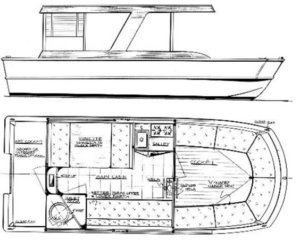 I ended up finding boat plans that were exactly what I wanted, and I knew this was something I had to do. So, with fear in my heart and doubt everywhere, I ordered a set of plans for the Glen-L Gypsy trailerable houseboat.

When the plans came, I didn’t fully understand all the construction steps. But I was glad to see that as I progressed building the boat, those steps became clearer. I felt like I was really getting the hang of it!

And so, why did I build a boat? The reason is simple. I determined that I had more sweat than money.

What I did not realize at the time was that building a boat would become a family adventure.  It was a source of my children’s school papers and frequent visits from my children’s friends.  My sister’s family even joined in to help on the building.  It was truly a family project!

What I also found out was that I knew every inch of that boat.  If anything went wrong or needed repair, I knew how the boat was put together and I could fix it.  That was important to me, because I knew I wouldn’t have that luxury with any boat that I had purchased.

I was also excited to learn that I could customize the boat in any way I wanted to.   Even though plans showed a cabin adorned with a long window, I put several smaller windows in it. This made the boat feel even more special to me, as it had details that no other boat would ever have.

Each payday I would buy the supplies needed for that week.  At the completion, my boat was completely paid for.  I liked the fact that by building a boat, there wasn’t a huge chunk of money needed to buy it. I could buy supplies when I was ready and pay my way through the process until I was finished.

To tell you that the feeling I felt when first launching our boat as a family was awesome…would be an understatement. It was a dream we all had envisioned for so many months throughout the building process.  And when people came up and asked us, “Did you build that?”, it gave our family of sense of pride and accomplishment that we wouldn’t have felt with a pre-made boat.

Since that first boat we have gone on to build others. We found that the actual building of a boat is a large part of the adventure.  At first, we pushed and pushed to get things done so we could focus on getting it out onto the water.  But on later projects we weren’t as anxious to get the boat in the water, because we were excited to enjoy the building process just as much.

In my opinion, there is no better family project than boatbuilding.  It’s clean and wholesome fun that teaches you and your family dozens of handy skills. There’s just something about building a boat that makes you a super Dad or super Mom to your kids, and that feeling is one of the best things in the world.

If you are thinking of building a boat, you also may want to consider restoring one rather than building from scratch. It takes less time and gives you a frame to build from that still allows customizations. Both options are great experiences and will create lasting memories with you and your loved ones.

I’ve often been told I don’t have what it takes to build a boat.  To that I always say, “If you say you can build a boat, you’re right. If you say you can’t build a boat, you’re right”. Please do not let your fears stop you. That is why this site is here. I want to share my experiences and memories of building boats with anyone who wishes to read about them. With this, I hope that it encourages anyone who has the boatbuilding dream in their heart to go out, try it, and make those memories themselves.

Building a boat is just a lot of little tasks that turn into a completed project. Simply following each step will lead you through the process until your boat is finished.

There are dozens of wonderful plans out there.  Our site lists companies that sell good, solid plans to build incredible boats.  I would encourage you to look at those sites and, if you see something you like, order from their catalog.

Don’t let anything hold you back. Start your adventure building your dream boat today. 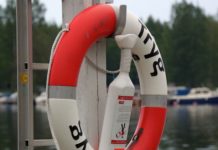 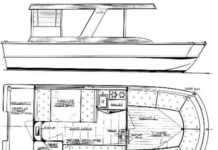 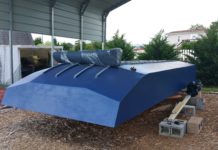 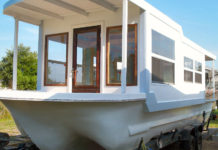 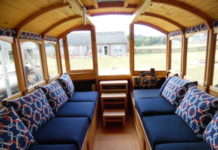 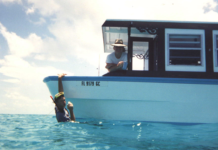